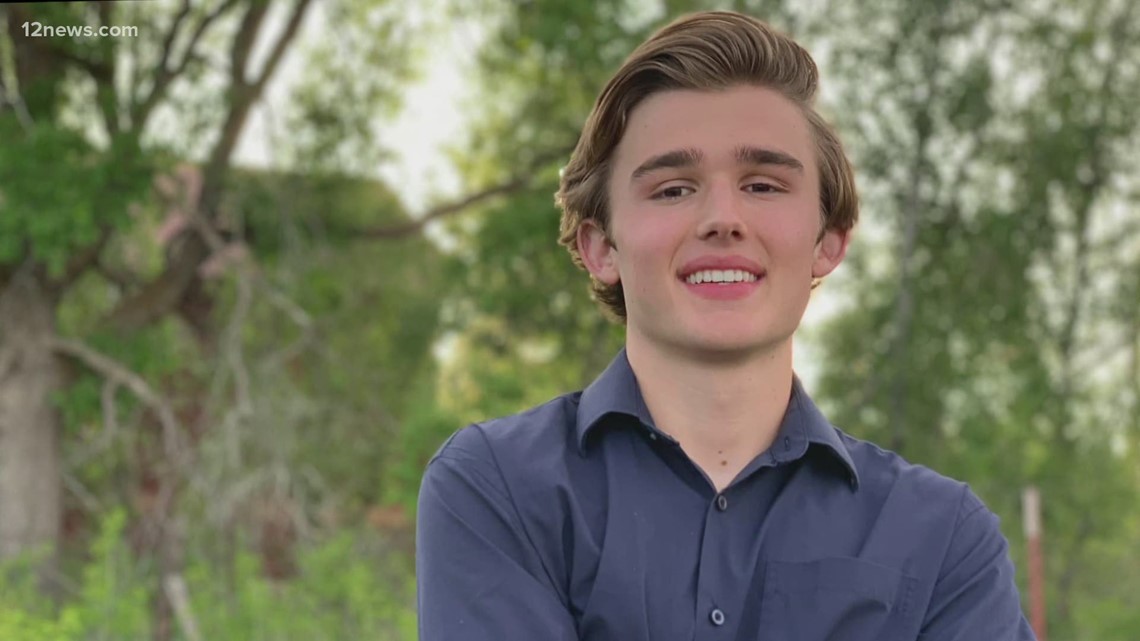 Jayson Murset, 16, was a junior at Campo Verde High School. He died over the weekend after a car accident.

GILBERT, Arizona – A Campo Verde High School student died over the weekend after a car accident near the Salt River Canyon in Globe.

16-year-old Jayson Murset was on a weekend ski trip with his father and sister when the vehicle hit black ice shortly after 8:30 a.m. on Saturday and Murset’s father lost control of the vehicle.

The Arizona Department of Public Safety said the father crossed the lanes west and was boned by another vehicle. Jayson’s brother Bryson Murset says the car hit the passenger side where his little brother was sitting.

“He always wanted to uplift people and have fun, he never spoke badly of people, he was very spiritual,” said Bryson. “I got some of his friends to say that he would send them scriptures and uplifting advice and the like, my goodness, I wasn’t like this when I was 16.”

Bryson says his sister suffered a compound hamstring fracture, a dislocated hip, and a broken pelvis that needed surgery. His father has injured lungs and a concussion that has affected his memory.

“He’s not very good at processing things right now, he can’t keep information, but obviously this is one that he can keep that his son is no longer with us,” Bryson said.

Jayson was an athlete, a member of the Campo Verde basketball team since year one, but he took this year off for personal reasons, said his coach, Mark Martinez.

“He was definitely someone who set the example,” added Martinez. “Much appreciated among his colleagues, he is a competitor on the floor, but just as good on the floor, he embodies everything you would hope for in a young man.”

As the healing process begins, his family hopes that Jayson’s death is a reminder to lead a kind life and show loved ones that you care.

“Life is so precious that you just never know what’s going to happen. So give your loved one a hug tonight,” Bryson said.

The Campo Verde basketball team will honor Jayson with printer shirts, a video tribute and a moment of silence at Friday’s home game.

This week in historical past, July 24, 1920: Boy injured in automotive accident, Hoosier...

Opinion: Why we’d like a holistic response to the secondary impression of COVID-19

Tami Meker - June 5, 2021
0
It is vital for all of us to keep track of emerging needs and challenges as we contain the pandemic, such as livelihood support...