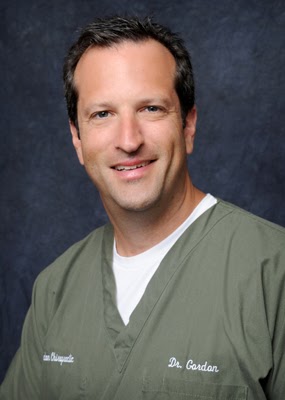 He works with Dr. Susan K. Dorgai and provides every patient with a successful result that he treats as economically and time-efficiently as possible. Helping people overcome their health problems and lead pain-free, healthier lives is what drives them. The patient is a top priority at Gordon Chiropractic and ensures that “no stone is left unturned” in order to achieve better health.

In the early days of his academic career, Dr. Gordon graduated from the University of Michigan with a Bachelor of Science degree in 1993. In 2000 he earned his PhD in Chiropractic from Life University. That same year he returned to Michigan and began working as an Associate Doctor in Farmington Hills.

In 2003, Dr. Gordon to open his own office. Gordon Chiropractic, intent on serving the community he and his family live in, opened its doors in West Bloomfield Township in September 2003.

Since then, he has done his best to serve the region as if it were his own family. A selfless supporter of many organizations, schools, and charities including but not limited to Walled Lake Schools, Schools in Waterford, Huron Valley, and West Bloomfield, Sports / PTA, Open Door Outreach, St. Judes, St. Patricks, and St. Marys. During his career, he has coordinated the Julie Run – a 5K / 10K charity run that supported the Open Door Outreach Center in Waterford from 2011 to 2013.

In 2007 the Open Door Outreach Center Dr. Gordon as the recipient of the Golden Key. In 2011-2014, he and Gordon Chiropractic were named to Hour Magazine’s Top Doctor Issue for Chiropractic by colleagues and patients. Also in 2011, the Walled Lake PTSA awarded Dr. Gordon received the Certificate of Merit for his continued support of the PTSA, the sports and music departments of the Walled Lake Schools, and the Walled Lake Parenting Fair.

As a member of the Michigan Association of Chiropractors, he is certified by the National Board of Chiropractic Examiners (NBCE). NBCE is a non-profit national and international testing organization for the chiropractic profession that develops, manages, analyzes, evaluates and reports the results of various examinations.

Chiropractic is a form of alternative medicine that mainly deals with the diagnosis and treatment of mechanical disorders of the musculoskeletal system, especially the spine. A chiropractor uses spine adjustments, manipulations, and other techniques to manage patients’ health concerns, including neck pain, back pain, headaches, dizziness, and a long list of other ailments and conditions. They aim to improve the functionality and quality of life for patients by properly aligning the musculoskeletal structure of the body and allowing the body to heal naturally without the use of drugs or surgery.

Via his Findatopdoc profile https://www.findatopdoc.com/doctor/2458151-Daniel-Gordon-Chiropractor or via Gordon Chiropractic, http://www.gordondc.com/our-team/dr-daniel-s-gordon /.

FindaTopDoc is a digital health information company that connects patients with local doctors and specialists who will accept your insurance. Our goal is to guide you on your way to optimal health by providing you with the expertise to make informed decisions for you and your family.

The Joint Chiropractic Observes Spinal Well being Month in October

Alice - January 19, 2021
0
Since the onset of COVID-19, spinal health has become a bigger problem. The body is designed to move around, and spending more time...

Donna Muldrow - March 11, 2021
0
We are very convinced that when you look good, you feel good, which is why we love cute workout clothes. Just as we...

Tami Meker - March 10, 2021
0
Today marks the official launch of Arey, a new hair care brand that addresses the age-old problem of curl graying. But this new...
© All Rights Reserved By Chiropractorsdailynews
MORE STORIES

Specialists Obtainable to Discuss About Function of Chiropractic Care in Baseball,...