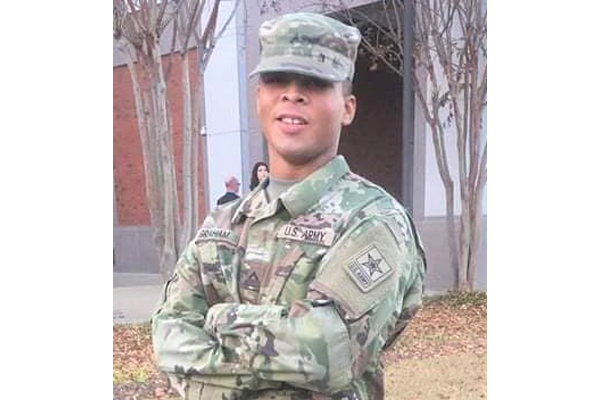 Two soldiers from 1st Armored Division died in vehicle accidents outside of Fort Bliss, Texas over the weekend.

Spc. Kenmaj D. Graham was out and about in El Paso, Texas, early Sunday morning when an oncoming vehicle hit the 21-year-old cavalry scout, a Fort Bliss press release revealed on Monday. He was taken to a local hospital where he was pronounced dead.

Sgt. 1st Class Dejaun K. Frazier died on Saturday in a motorcycle accident in El Paso. He was pronounced dead by a medical examiner in El Paso.

The El Paso Police Department responded to both incidents as they are responsible, according to the press release.

Graham, a native of Wichita, Kansas, joined the Army in July 2017. He arrived at Fort Bliss in December 2017 after completing basic combat training and advanced one-on-one training in Fort Benning, Georgia. He was assigned to the 2nd Squadron, the 3rd Tank Brigade Combat Team, according to the publication.

“The Bulldog family mourns this young man. We extend our deepest condolences and prayers to his family and their loved ones,” said Colonel Jabari Miller, commander of the 3rd ABCT, on the release. “Spc. Graham was a valued member of the Bulldog Team, a cavalry scout with a bright future in the US Army. He will be missing.”

Frazier, 43, was from Tallahassee, Florida and previously served in the Marine Corps. He joined the army in February 2011 as chief of the telecommunications department. He arrived at Fort Bliss in November 2018 after serving as an Army instructor in Fort Gordon, Georgia and as a division chief in Fort Bragg, North Carolina.

“The 1st Armored Division G6 team is saddened by the tragic loss of Sgt. First Class Frazier. … Frazier served as a signal train sergeant and was a battle-hardened leader who looked after his soldiers.” Lt. Col. Michael Wacker, deputy chief of staff of 1AD, G6, said in the press release. “His legacy of coaching and mentoring his platoon will never be forgotten. The 1AD G6 team extends our condolences to their family and friends, and our thoughts and prayers go with them at this difficult time.”

Frazier completed the US Army’s Senior Leaders Course in 2018 and had the additional Skill Identifier 8R, Master Resilience Trainer.

– Matthew Cox can be reached at matthew.cox@military.com.

© Copyright 2021 Military.com. All rights reserved. This material may not be published, broadcast, rewritten, or redistributed.

Marlton Chiropractor Review For 2021 – Who Are The Top Practicing Chiros For Back...

Tami Meker - February 6, 2021
0
Marlton Chiropractor Review For 2021 - Tips for Choosing a Chiropractor A Personal Decision If you prefer a hands-on approach to healthcare that promotes healing without...
© All Rights Reserved By Chiropractorsdailynews
MORE STORIES