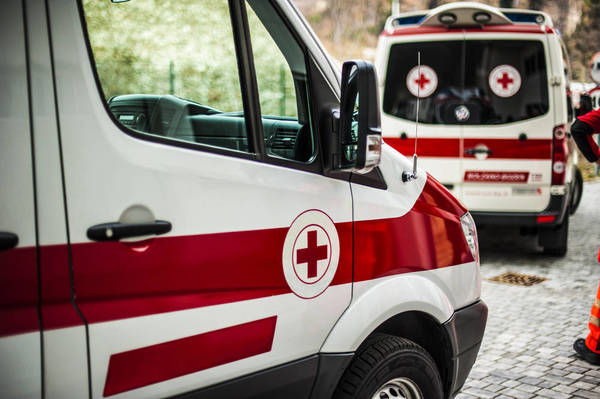 HAMILTON TOWNSHIP, NJ – A driver experiencing a medical emergency at the Hamilton Marketplace shopping mall on a busy afternoon resulted in a multiple car accident, according to the Hamilton Police Division (HPD). At around 3:00 pm on Saturday, HPD responded to a “lockdown call” outside the Party City store.

HPD said the driver, identified as Ernest Seubery, 91, of Monroe Township, was driving his Nissan Altima in 2005 when it suffered a serious medical episode. As a result, his car crashed into a snow bank and caused a four-car accident.

Members of Engine 19 of the Hamilton Fire Department (HFD) quickly arrived at the location where they immediately stabilized the car to get Seubert and his passenger out safely. HFD members also provided emergency medical care until the ambulance arrived.

Seubert and the passenger were transported by EMS to the Robert Wood Johnson Hospital in Hamilton (RWJUH-Hamilton) because of their injuries. The occupants of the other vehicles involved did not report any further injuries at the scene.

Since the accident is an ongoing investigation, witnesses are asked to call Christopher Clugsten, a Hamilton Township Police Division officer, at (609) 581-4000. Information is also available on the Hamilton Police Crime Tip Hotline at (609) 581-4008.

Do you know of a story we should share with readers? Email editor Elizabeth Meyers and tell her about it

As shoppers rethink their magnificence priorities, wholesome, holistic components are set to win the...

Tami Meker - June 9, 2021
0
Among the many neologisms to come out of the pandemic, “maskne” stands apart in conveying just how widely COVID-19 has reverberated. Now part of...

Holistic Help for the Unemployed

Tami Meker - January 30, 2021
0
Get Delawareans back to workJFS launches Employment Support Network for Delawareans Affected by COVID-19 More than 100,000 people in Delaware have registered unemployment since COVID-19...
© All Rights Reserved By Chiropractorsdailynews
MORE STORIES

All About Insurance coverage Native Suggestions: What Ought to You Do...