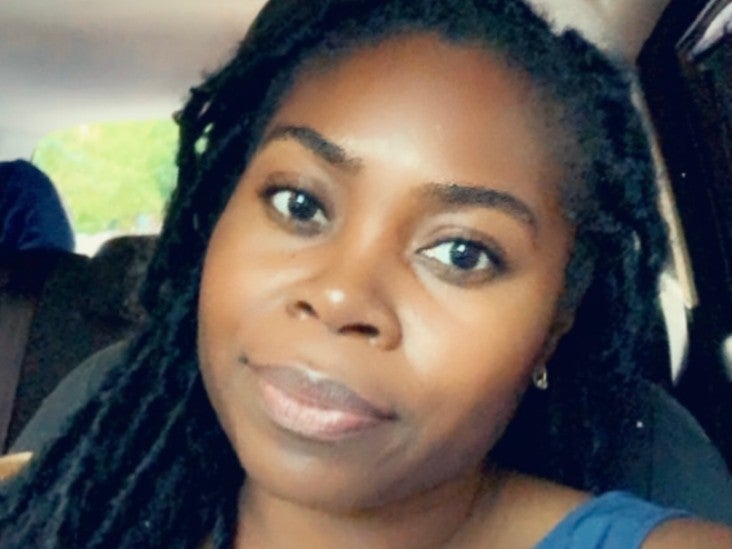 As a senior in college, I remember my mom going through a number of doctor’s appointments. She had complained of lower abdominal pain for months.

After going back and forth to different doctors, my mother was finally diagnosed with a large uterine fibroid.

Uterine fibroids are non-cancerous tumors that affect women in different ways. Some suffer from heavy bleeding, severe cramps, abdominal swelling, and back pain during their menstrual cycle.

But it wasn’t until a routine check-up in 2015, when I also received a heartbreaking diagnosis of uterine fibroids, that I really understood what my mom was going through.

My mother’s fibroid was the size of a softball. After much deliberation, her doctors determined that because of her age and the size of the fibroid, it is best to have a hysterectomy.

We were told it would be a normal and easy operation – her doctors promised that after a few weeks of recovery she would return to normal activity.

Their routine surgery was far from straightforward.

After the procedure, she developed internal bleeding and had to be taken back to the hospital. It became a stay of several weeks.

Eventually she recovered, but has since struggled with the hysterectomy, which triggers the onset of early menopause.

After seeing my mother’s battle with fibroids firsthand, I was shocked to find out at a routine appointment that I had them too. My doctor assured me that my three uterine fibroids were tiny and I didn’t have to worry.

Imagine my horror when I found out at my annual exam the next year that my fibroids had gotten bigger. In addition, the number of fibroids had increased from three to five.

I immediately scheduled my vaginal ultrasound to examine the fibroids.

The ultrasound technician tried her best to be as gentle as possible and warned me that I would have mild discomfort. What I was experiencing was painful, and while waiting for the doctor to report the results, I began to cry silently.

My fibroids grew on a stalk-like structure on my uterus, which meant they were stalked. I knew that word.

I had taken a family trip to Hawaii 6 months ago. While touring a pineapple farm, I learned that pineapples grow on stalked stems. I would try to propagate a pineapple plant in my house later, but the North Carolina cold came quickly.

So I lay there in the exam room crying and comparing those growing fibroids to pineapples.

The doctor immediately offered surgery as an option to remove the fibroids.

I was immediately taken back to this cold hospital room with my mother and quickly decided that surgery was not an option for me. I also knew that fibroids can return even after they are removed.

Uterine fibroid embolization and a hysterectomy were also suggested, but I want to have children one day so I looked for other options.

I spoke to my doctor about alternatives to surgery and prescription drugs were offered. The caveat was that the insurance would normally not cover the cost of the medication unless the patient had scheduled an operation.

The side effects of medication can include seizures, high blood sugar, heart attack, signs of a stroke, bone pain, and loss of movement in any part of your body. If I stopped taking the drug at any point, the fibroids would likely grow again.

Armed with this information, I made the difficult decision of pursuing holistic treatment options.

I was fortunate enough not to experience pain or heavy bleeding from my fibroids.

Learning to deal with these fibroids and the symptoms they cause was a slow and challenging experience.

While I’m excited about the natural journey of shrinking – and hopefully getting rid of fibroids – it has been daunting and at times overwhelming.

There are so many things to consider and keep in mind. For example, I have a list of vegetables that contain phytoestrogens to help lower my consumption of foods rich in estrogen.

I found an online community that is supportive, informative, and that inspired me to create an online platform to do the same.

I started @BlackGirlsWithFibroids on Instagram in May 2020. As of March 2021, the site has around 700 followers and is actively growing.

I hope sharing my trip will be a source of support for other women who have been dealing with uterine fibroids.

Porshe Chiles is a global researcher based out of Dallas, Texas. She has lived with uterine fibroids since 2014 and has had reproductive problems since college. The growth of uterine fibroids led her to take a holistic approach to shrinking and eliminating them. Although her fibroids have shown constant growth, she continues to research all she can about naturopathic options. She learns to appreciate her ever-changing body while working to build a supportive community for other women. Follow her trip on Instagram.

How A lot Does Automobile Insurance coverage Go Up After An Accident? – Forbes...

Tami Meker - May 23, 2021
0
© All Rights Reserved By Chiropractorsdailynews
MORE STORIES