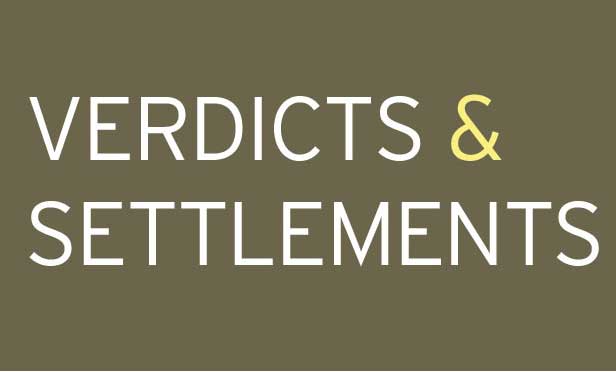 Injuries: Back and neck injuries.

On May 9, 2017, plaintiff Ernest Williams, a paint truck driver in his seventies, was driving in the left lane of Seventh Street toward the intersection on Girard Avenue in Philadelphia. His car was involved in a side-wiping collision with a vehicle driven by Luis Cruz. Williams claimed he suffered back and neck injuries.

Williams sued Cruz. The lawsuit alleged that Cruz was negligent in operating his vehicle. Williams claimed Cruz was driving in the right lane and triggered the collision while driving in the left lane.

A few days after the accident, Williams presented to his family doctor and complained of pain in his neck and lower back. He was referred for further treatment.

Williams eventually claimed he had ruptured his C2-3, C3-4, C4-5, C5-6, and C7-T1 discs. He also claimed that he suffered bulges and protrusions from intervertebral discs in the lumbar region of his spine.

Williams claimed he continued to suffer from neck and back pain. He claimed that his pain caused him to shorten his hours as a painter because he could not sit for long and had to get out and stretch during his shift. He also claimed that he was unable to do certain household chores such as mowing the lawn. He sought compensation for past and future pain and suffering.

The defense expert on radiology testified that Williams’ imaging studies showed only age-related and degenerative changes with no evidence of traumatic injury.

The jury issued a defense judgment. It turned out that Cruz’s negligence was not a factual cause of Williams’ injury.

This report is based on information provided by the defense attorney. The plaintiffs’ attorney did not respond to requests for comment.

– This report first appeared in VerdictSearch, an ALM publication

Tami Meker - February 23, 2021
0
PITTSFIELD, Mass. - A three car accident on South Street that resulted in a driver being charged with speeding,...

Atlanta Automobile Accident Chiropractor Urges Not To Delay Medical Assist After An Accident –...

How can I Safely Share the Street with a Snowplow? –...