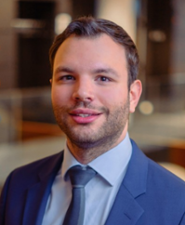 According to PhD student Vassilis Dafnomilis, the response of international organizations to the problems of cross-border death and gift taxation needs to be reviewed. Doctorate defense on June 3, 2021.

Death taxation is an interesting but still relatively unknown area of ​​law, says Dafnomilis, a PhD student at Leiden Law School, lecturer at the University of Amsterdam and a senior tax associate at PwC in the Netherlands. “For example, the multitude of taxes that states want to levy in the event of death and the connection between death taxes and civil law are particularly fascinating. While fascinating, death taxation remains a relatively neglected area of ​​law. However, limited progress has been made in solving the problems of cross-border death taxation, while the current academic literature is lagging behind due to a lack of international developments in addressing this issue. ‘

The lack of international developments – partly due to the modest interest of international organizations in addressing the problems of death tax -, the implications of the micro-level problems, as well as the uniqueness of death taxes, have sparked the researcher’s interest in preparing a doctoral thesis on the subject. ‘In my doctoral thesis I focus on four problems of cross-border taxation of deaths and gifts and offer solutions to these problems within the framework of the current international and EU legal mechanisms. These problems are double taxation or multiple taxation, double taxation or multiple taxation, discrimination and administrative difficulties. “

The choice of problems is justified by the two main points of reference that Dafnomilis selected in his doctoral thesis, the 1982 OECD Model Tax Convention on the Avoidance of Double Taxation on Taxes on Inheritance, Estates and Gifts (OECD IHTMTC), the Inheritance Tax Report of the Expert Group of the European Commission. In his dissertation, Dafnomilis examines how the OECD’s IHTMTC of 1982 can be optimized taking into account the objectives of the model and the principles contained in his commentary. He also explains how the EU legal instruments and the case law of the ECJ can be optimized or refined in order to address the problems identified more effectively.

The researcher concludes that the OECD’s IECMTC from 1982 needs to be revised and makes proposals for an updated version of the model. ‘To this end, I have developed a benchmark called the’ proposed inheritance and gift tax ‘which will be used to test the proposed provisions of the model. I also propose a multilateral agreement as a solution to the problems identified within the EU. The Convention takes into account not only the proposed improvements to the 1982 IHTMTC, but also the innovative provisions of Recommendation 2011/856 / EU to facilitate double taxation of inheritance. For example, I suggest that such a convention should not be limited to inheritance and estate taxes – two common types of death taxes – but also to any type of death tax, regardless of the name of the tax and how it is levied and by the person to whom it is applied. ‘

Finally, Dafnomilis proposes an EU directive implementing the concept of “one inheritance – one inheritance tax” (as first proposed by the EC expert group in 2015). “According to this concept, the EU member state of the personal connection of the deceased has the right to fundamentally exclude the entire cross-border inheritance according to its own rules with all other EU member states (including the EU member state of the objective connection, e.g. property is located). In my view, the concept can offer a holistic solution to the problems of cross-border death and taxation on gifts. However, some aspects of the concept had to be clarified through my research. ‘

The results of the research are aimed at tax professionals, policymakers, academics and students, as well as members of the general public who want to deepen their understanding of the problems of cross-border taxation on deaths and gifts and the international community’s response to these questions. “I hope that the research will spark the interest of international organizations such as the OECD and the EU to rethink the international mechanisms available to address the problems of cross-border inheritance and gift taxation. The proposal for an updated OECD model and the proposed EU directive implementing “one inheritance – one inheritance tax” are a good source of inspiration in this regard. “

This research project is partially funded by the Foundation for Education and European Culture (IPEP). The commercial version of the doctoral thesis will be published in the Fiscale Monografieën series by Wolters Kluwer.

In his dissertation, the doctoral student addresses the many problems that exist in the area of ​​taxation of cross-border inheritances and donations. It defines four categories: 1. Double and multiple taxation; 2. double or multiple non-taxation; 3. Discriminatory treatment of cross-border inheritances and donations; and 4. administrative problems. It is high time to pay attention to these issues.

In academic research focused on international taxes, interhitance and gift taxes are often omitted. The PhD student not only examines the problems, but also suggests solutions. Among other things, he submits specific proposals for changes or additions to existing international rules. For example, he has put forward a text proposal for a multilateral European agreement to avoid double or multiple taxation of inheritances and donations. In addition, he drafted a modernized text of the 1982 OECD Model Convention on Estates, Inheritance and Gifts, in which he removed many of the identified bottlenecks. The defense ceremony will take place at a very appropriate time. On May 11, 2021, the OECD published its report on inheritance taxation in countries that are contracting parties to the OECD. She sees this taxation as an important instrument for combating the inequality of prosperity. So this doctoral thesis couldn’t be more topical!

A 37-year-old Kanmantoo man has been charged for severe automotive accident in Echunga |...

Holistic Healthcare: Key Distinction Between Surviving Covid-19 And Thriving After It