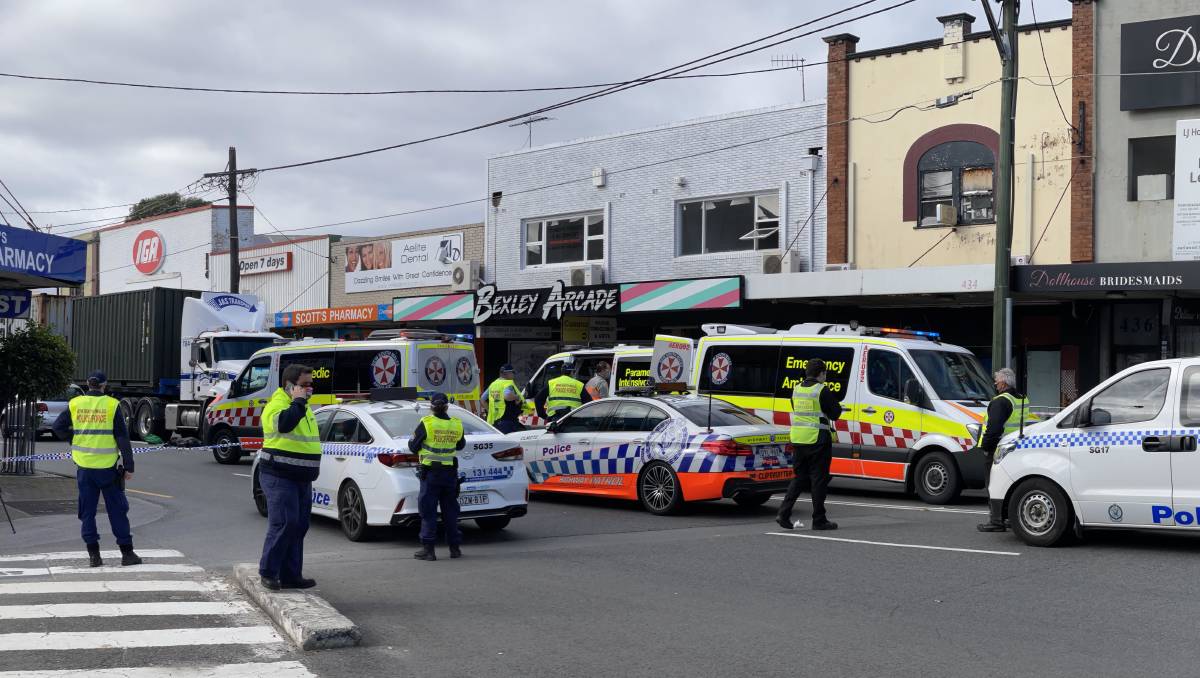 A man in his 70s was rushed to St. George Hospital in critical condition after he was involved in a B-truck accident on Forest Road, Bexley.

The police, fire brigade and ambulance service were called to the scene of the accident around noon today.

Three ambulance crews took part, including the medical specialist team with an intensive care doctor and a paramedic.

The man is said to have sustained severe leg injuries and possible head injuries. He was treated on site before being taken to St. George Hospital.

NSW Traffic reported that the accident occurred around noon.

A Leader reader sent a photo of the scene of the accident.

“It appears that a pedestrian was hit by one of the many B-type trucks that came through Bexley’s residential streets to avoid the NSW government’s new toll for the previously vacant M5 East tunnel,” said local resident Nick, who did not wanted to use his last name.

“Many had predicted that it was only a matter of time before something like this happened, as a huge truck drives through our residential streets every 10-20 seconds, and unfortunately that has become a reality today, in the first year of the toll.

“Previously, TfNSW said they would wait ‘a year with data’ on the impact of these trucks on our roads.

“Well, it’s been a year now and, to no surprise, they’re doing nothing.

“Not a word yet on the condition of the poor person who appears to have been hit, who would be very sad and totally avoidable if the NSW government had not continued this course of getting trucks out of safe tunnels and onto residential streets.”

Tami Meker - August 31, 2021
0
What was to become a girls' trip and a happy reunion shook a Swakopmund family who lost two promising sisters and a granddaughter in...

How one can Get Over a Nerve-racking Day, In keeping with a Holistic Well...

Tami Meker - July 19, 2021
0
Do you know those days when it looks like the toast just ends up with the avocado side down? You put your ponytail...

Snapchat may be sued over teen automobile accident loss of life,...